Why We Say the Things We Say 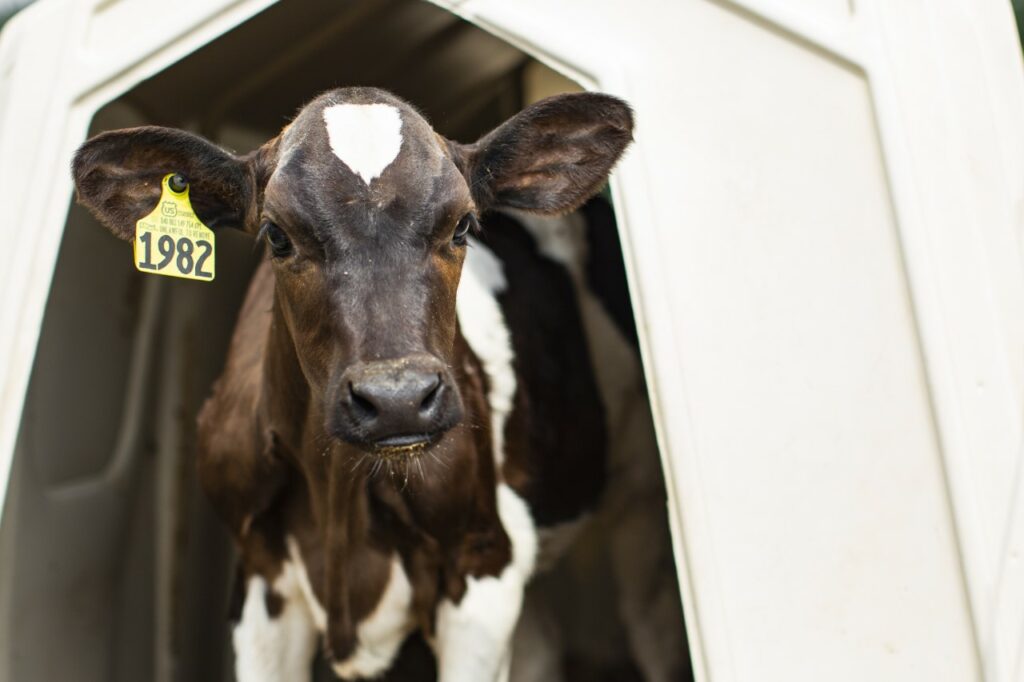 This newsletter uses some recent research to remind us that stress is never good. The first one reviewed is from NY on conventional operations. The remaining 2 are from Europe using robotic milking systems, with activity collars. The studies are linked because they show the potential impact of changes on performance. Control what you can control, because things can, and will, go wrong.

The study was designed to assess variation in daily and weekly silage/haylage dry matter (DM) and nutrients. This study sampled forages and TMR for 4-6 months on 7 commercial dairies in central and western NY. Herds ranged from 300 to 3,000 cows. The main take home point is that more frequent DM determination is critical for reducing the variation observed between the formulated ration and the ration consumed. The authors used a range of 7 points as being important enough to consider adjusting ingredient moisture.

Put another way, how often during any given time frame does moisture move more than 3.5 points, up or down? During this study period 14% of the weeks had corn silage moving outside this range. Haylage, as expected, was more variable. Close to 50% of the weeks had alfalfa haylage moving more than +/- 3.5 points. No winter forages (wheat, rye, triticale) were included in the study but we speculate that this will vary somewhere in the middle of the corn silage and haylage.

Perturbation profiles – Drops in milk yield and/or body weight due to a physical (disease, feeding) or psychological (moves, handling stress) impact, alone or in combination.
Resiliency – The capacity of the animal to be minimally affected by disturbances or to rapidly return to the previous state before exposure.
Quantile – a subset of animals that would be expected to respond in a similar manner.

While the study was designed to justify electronic monitoring devices for dairy management, much of the information is applicable to all dairies. This graph (Figure 2 from the paper, shown below) clearly shows the impact of some stress event on performance. At about 70 DIM something happened to “perturb” milk. The black line is the actual milk curve. The blue line shows what was likely to happen without the stress. The red line is showing what happened within a subset of the data of animals that would react similarly. For this newsletter we just want to point out the difference between the blue line “normal” and the black line “stressed” milk yield. What this paper doesn’t identify is causes of the disruption. While this would be helpful, our use of the paper is to show that a stress has immediate, abrupt impact on performance.

Adriaens, I. et al. 2021. Milk losses and dynamics during perturbations in dairy cows differ with parity and lactation stage. J Dairy Sci. 104:405-418. (Belgium) This study, similar to #2, was a data review from automated milking systems in Belgium. The results confirm what you observe on your dairies. Early lactation cows seem to react quicker and more severely to stress than cows later in lactation. Reasons for the slower drop in milk later are likely because energy demand has already switched from milk production to BW gain, fetal growth, as well as late-lactation immune system challenges, such as different causes of mastitis, have less impact. Similarly, first lactation animals are impacted less than mature cows; likely due to the large demand for energy going to growth and development.

We chose these three studies as examples of why consistency is a good management concept. Dry matter determination is the primary on-farm item affecting diet formulation. The two studies on impact of changes just highlight the importance of consistency. In the graph we pulled from the study, the drop in milk at about 70 DIM could easily have been due to a silage change. Most changes are perceived as stress to the animal. Moves during the first 100 DIM need to be well thought out. Extended lock up times have an impact. A “non-formulated” ration change due to loading error will have an impact. All of these factors “perturb” milk yield. While the cows may respond differently to the same stress, how quickly we intervene often determines the magnitude and duration of the drop.